Scientific Milestones and Achievements of 1966

In 1958 the USSR initiated their Luna mission, launching probes with varying degrees of success.

On January 31st, 1966 the Soviet Union launched Luna 9 which successfully landed on the lunar surface without damaging any of its essential gear by employing air bags and retro rockets.  Luna 9 settled on The Ocean of Storms where it managed to transmit several photographs of the lunar surface before running out of power.

Luna 9’s resting place is of particular significance as at that time scientists did not have a complete consensus on the nature of the “Ocean” regions of the moon. Some had theorized that these regions were composed of loose dust, and that the probe would sink into its depths before finishing its transmission.


The Diamant launcher was the first French satellite launcher ever built. It was completed and began testing in 1965 with A-1, a simple satellite intended only to test the Diamant launcher, not collect research. On February 17th, 1966, France launched D1-A or “Diapason” into Earth’s orbit with the mission of carrying out various tests on the Doppler Effect.

You read that right! In 1966 the first physical contact with another planet was made by the Venera 3 space probe and the planet Venus.

The Soviet Union’s Venera project was an attempt to make contact with the planet Venus (Venera’s name sake). The Venera project followed in the wake of the Soviet’s failed attempts to reach Mars, but ended up fairing exceptionally well. One of its greatest achievements is Venera 3, which launched in November 1965 and reached Venus on March 1st 1966. Venera 3 contained many scientific instruments but communications with the space craft were cut off as it approached Venus and no data was returned. This is most likely because it entered Venus’ atmosphere.

Once thought to be a sister planet to Earth, we now know Venus to be among the most inhospitable locations in the Solar System. This is due to a runaway green house effect caused by gasses with its atmosphere, trapping sunlight and heating the surface of the planet to around 870 degrees Fahrenheit. That makes Venus the hottest planet in the Solar System, yes, hotter than Mercury despite being almost twice as far away from the sun! Venus’ surface is hot enough to melt lead! Therefore, if Venera 3 did land on its surface it would only have lasted a little over an hour before being reduced to a puddle.


NASA’s Gemini Program sought to refine the mechanics used in the Mercury Program in order to optimize manned space flight for the goal of landing a man on the moon. The program was essential in paving the way for the Apollo Program, which achieved that end.

The Gemini 8 mission launched on March 16, 1966 with astronauts Neil Armstrong serving as mission commander and David Scott serving as pilot. The mission of Gemini 8 was to rendezvous and dock with another craft, the unmanned Agena target vehicle. The two astronauts were able to successfully dock with the agent craft but after about 30 minutes the two crafts began to tumble. This is dangerous because it can cause passengers to become disoriented and possibly pass out and left unable to correct any life threatening errors.

A tumble like this was not something NASA predicted and prepared for. Armstrong had to rely on experience and instinct. His first move was to undock with the other craft, however this made the tumbling more intense. It also helped isolate the cause of the tumble to something on Gemini 8, not the target vehicle. Armstrong and Scott were able to determine that one of the craft’s thrusters was misfiring, so they cut power to that system and reactivated all of their thrusters in order to correct their rotation. This measure succeeded, but not before consuming most of their fuel and Gemini 8 was forced to land early.


In 1958 the USSR initiated their Luna mission, launching probes with varying degrees of success.

Luna 10 was launched on March 31st 1966. The spacecraft carried a few tools of note, in particular a Gamma-ray Spectrometer (A spectrometer is used to determine the molecular composition of an object by examining the behavior of the light it emits or reflects) however, Luna 10’s biggest achievement was in establishing prolonged orbit around the moon on April 3rd, becoming the first space craft to ever do so. This orbit lasted until May 30th, 1966.


In 1966 French astronomer Audion Dollfus observed what he believed to be a satellite of Saturn, but was unable to confirm its existence. The body was named Janus after the Roman God of beginnings and the guardian of the gate to the heavens. American astronomer Richard Walker is said to have independently discovered this body at the same time as Dollfus, and so officially shares the discovery.

It was not until 1980’s Voyager 1 mission that the body was confirmed as two different satellites who were sharing an orbit around Saturn, with the second body being named Epimetheus after a Greek Titan who was tasked to populate the Earth with animals.

Janus and Epimetheus are both phase locked with Saturn, meaning that the same side always faces inwards towards its parent. If this sounds familiar it is because our very own moon has the same feature. Both moons orbit at a distance of around 94,000 miles from Saturn with one moon being around 30 miles closer to Saturn than the other at any given time. The moon closer to Saturn moves faster than the one further away, causing the moons to catch up with one another about every four years, at which point the gravitational interaction causes the moons to eventually swap places in altitude. Both Janus and Epimetheus orbit Saturn every 16.7 hours. This is because of how close they are to Saturn at any given time. By comparison our own moon is 238,900 miles away from the Earth, that is over two and a half times as far!

The orbital dance of these two moons may have been what caused the gap between Saturn’s F and G rings, which is the region in which they reside. There are actually partials in this area forming a ring, but unless you are using a very powerful telescope you wont see them.

Janus is the bigger brother of the twins with an average diameter of 111 miles as opposed to Epimetheus’ 70 miles (by comparison, our moon has a diameter of 2,159 miles). They both have an albedo (reflectivity aka shininess) of around 0.75, which suggests that they are composed mostly of water ice, but as they both have a density less than water ice they seem to be composed of loosely packed water ice (think of a snow ball).

Because of their many similarities and proximity it is theorized that Janus and Epimetheus may be the remnants of a larger moon that was broken apart. Further study of these moons may reveal secrets about the early formation of the Saturn family.

The A. M. Turing Award honors individuals who make great contributions to the fields of computer science and technology. In 1966 the Association of Computing Machinery honored Alan Perlis as the first person to receive this award. Alan Perlis was very influential in the field of computer science, playing a key role compiling the programming language ALGOL (Algorithmic Language) which was a significant language that paved the way for modern languages such as C.


The Mendelian Inheritance in Man is a catalog of all known genes and genetic disorders, first written by Dr. Victor A. McKusick and published in 1966.

This comprehensive catalog is still maintained to this day.


Rett Syndrome is a disorder commonly included in the Autism family, included within the spectrum for the disorder in the DSMV. The afflicted often demonstrate a learning disability and a loss of muscle tone. They also demonstrate several symptoms commonly observed within the autistic, such as hand motion without purpose, an avoidance in eye contact and seizures.

Rett Syndrome appears predominantly in women, and occurs every 1 in 10,000-15,000 births. After scientists observed mutations in X chromosomes related to the condition, most scientists agree that Rett Syndrome is a developmental condition and likewise can be observed impacting a patient within the first few years of a patient’s life. Rett Syndrome gradually impairs the patient, afflicting the brain and muscle, resulting in the previously mentioned symptoms. While rarely fatal in women it is thought that males afflicted with Rett Syndrome do not survive, and this is the reason we only observe it in females.

The first person to describe this condition and likewise took the first step towards understanding it, was Dr. Andreas Rett in 1966. Tragically, there is still no cure for this condition.

In the early 1960’s doctors began designing artificial hearts in order to address the disparity between donors and patients. Early attempts involved external devices moving blood through valves with the assistance of an attached pumps. These models tended to result in complications such as blood clots.

In 1966 Dr. Adrian Kantrowitz and Avco-Everett Research Laboratory developed a model that was valveless and would be implanted permanently in the patient, addressing the failures of earlier pumps. The pump would be implanted within the chest cavity and activated when needed, not ongoing.

Another key pump was implanted in 1966. Dr. Michael E. DeBakey performed an operation to provide a patient with a pump designed to provide assistance to diseased valves within the heart. The procedure was performed to assist the left ventricle, and the patient was released without complication. 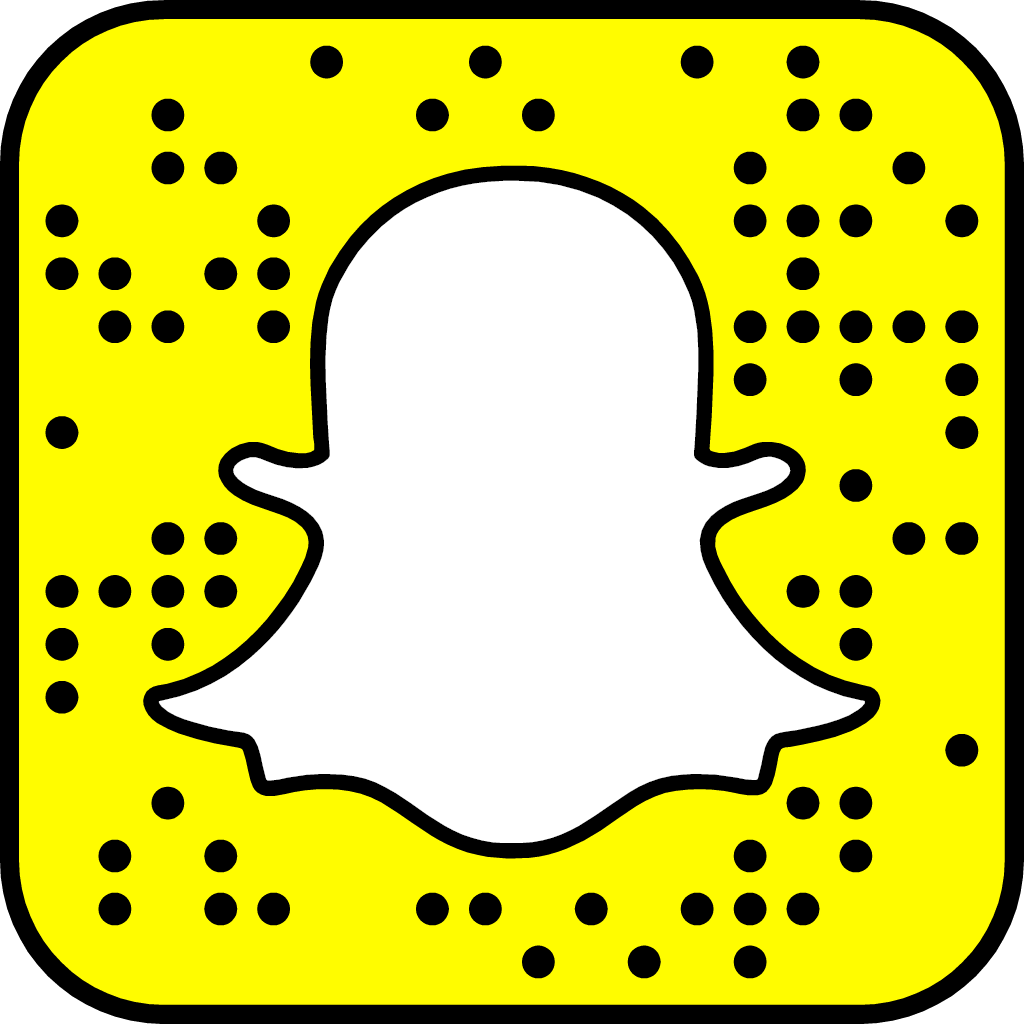